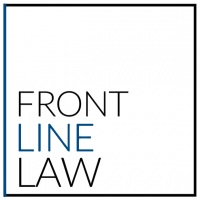 That’s why at Front Line Law, we protect you – The Front Line.

With experience in legal defense and prosecution work, our attorneys draw on their unique backgrounds and their knowledge of these systems to secure the best possible outcome for our clients. 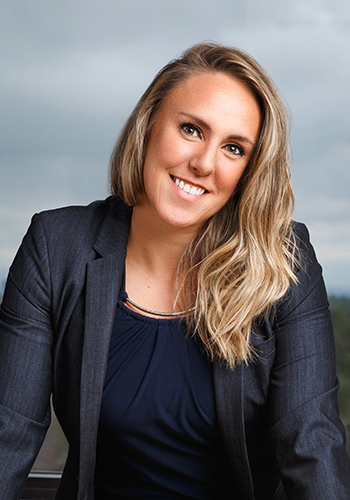 Carrie has spent more than a decade working closely with law enforcement officials, peace officers, and first responders throughout the State of Colorado.

She has served as lead counsel in numerous high profile felony and misdemeanor cases filed against individual police officers throughout the state, and she has written and argued hundreds of substantive and procedural motions before municipal, state, and federal court judges.

Carrie was named Prosecutor of the Year in 2012, and has taken more than 75 cases to trial before a jury.

She has a winning trial record, and has background experience teaching courtroom skills and training academy cadets and first responders on the presentation of testimony in courtrooms throughout the state.

In 2013, Carrie left her job as a felony prosecutor for Adams County in the Seventeenth Judicial District, to work in private practice.

Carrie knows how to protect confidential employment records from improper and unlawful disclosure in both the civil and criminal context, and she is familiar with all of the hot-button legislative issues affecting first responders on both the State and federal level.

Carrie has worked for, against, and alongside other attorneys who specialize in public employer liability, and to date, Carrie has more than ten years of relevant litigation experience, during which time she always worked closely with police officers, jail deputies, command staff, and prosecutors alike.

Carrie strongly believes that first responders and all law enforcement officers deserve the best defense available regardless of the case, and she is dedicated to that cause.

Carrie left her position as a Partner at Bruno, Colin & Lowe PC in 2019 to form the law offices of Front Line Law, LLC, and she is compassionate, sincere, and proudly dedicated to the successful defense of all first responders she has the honor to represent.

In 2022, Carrie was declared as a Lawyer of Distinction. Members of Lawyers of Distinction have been vetted and recognized by their peers as being among the best of the best in their respective fields. Members are subject to a final review for ethical violations within the past ten years before confirmation of membership and cannot pay to be nominated. Lawyers of Distinction’s roster includes many of the most powerful and respected attorneys in the United States. 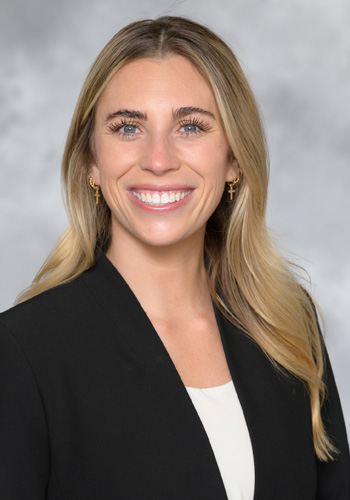 Taylor is a Colorado native who completed her undergrad at Colorado State University where she studied political science, philosophy, and legal studies. She moved to San Diego where she attended California Western School of Law on scholarship and graduated in May 2021. After graduating law school Taylor moved back to Colorado and passed the July 2021 Colorado Bar Exam.

While in law school Taylor served on the board of executives for a non-profit dedicated to protecting Constitutional rights, specifically freedom of speech. She was a member of the Woman’s Law Caucus and made the Dean’s Honors List for multiple semesters. She also had numerous internships and has worked on complex civil cases.

Taylor is dedicated to giving first responders the best possible legal service and is so thankful for their service and protecting our communities.

During both undergrad and law school she completed two semesters abroad in Europe. In her free time Taylor enjoys travelling to places she’s never been, reading a good book, and spending time with her family and her puppy. 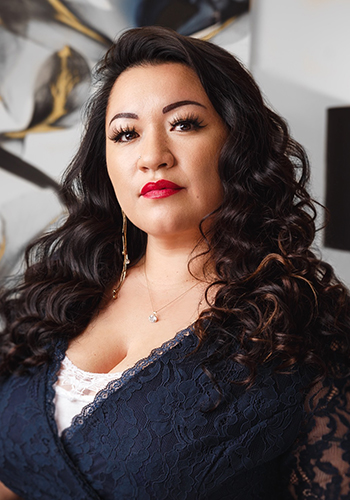 Celina’s dedication to first responders and others in this line of duty derives from her long line of military family.

Having such close ties with military, law-enforcement, and other first responders has solidified her desire to give back to those who put their lives on the line for us every day.

Celina’s role as Director of Operations & Firm Conflicts Coordinator for Front Line Law allows her to fulfill her passion of giving back to those heroes. She is proud to offer the highest quality of support to the people that serve Colorado and beyond.

Celina has over 20 combined years of experience in managing operations, state regulations and federal compliance of the same, medical records, and all aspects of confidential client files.

Celina has completed courses in Harvard AT&T Business Management, medical administration and transcription, telecommunications, and operations management. Each of which contributes to her wide range of skills that help her succeed in her field.

She prides herself in striving for perfection in every single aspect of her life. Celina’s years as a business owner has given her the ability to execute quality work in the most efficient manner to ensure complete customer satisfaction. Her fine attention to detail allows her to handle even the most delicate situations with utmost care.

Celina’s previous business endeavors have granted her the means for personal development of not only herself but her businesses’ portfolio as well. When Celina is not serving the needs of Front Line Law, she spends her time off with her very large family, fur babies, and friends. She loves to try out new recipes and even likes to create new fusions while still staying true to her culture. Celina takes great pride in being able to bring her family and friends together via her wonderful meals. 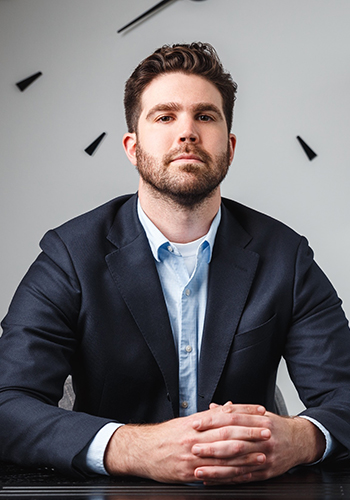 Nick is a New Jersey native and graduated from Montclair State University in 2017 with a degree in Justice Studies with a Concentration in Paralegal Studies.

Nick has extensive previous experience that includes working on criminal defense matters, as well as civil defense cases. His cases have been complex and ranged from petty parking tickets to cases that have involved international carjacking gangs and even murder.

Nick has worked closely with various levels of law enforcement ranging from local cops all the way up to the FBI, Customs, and Border Patrol Agents.

Nick was recruited by Front Line Law in December 2019 as a Paralegal. He came to Colorado on vacation and fell in love with our diverse city and people. Nick decided at that point when he was finished with college this is where he wanted to relocate to. He has thoroughly enjoyed colorful Colorado and likes going on hikes, checking out live music, and trying to find the best coffee and beer in Denver in his free time. 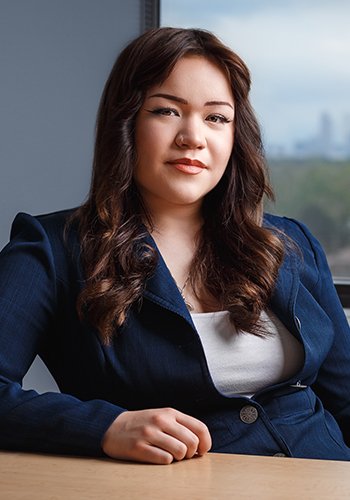 Arianna is a recent high school graduate who graduated in the top of her class. She pushes herself to work hard in both her academics and in her employment at Front Line Law, and she plans to further her education by pursuing a law degree and eventually becoming an attorney.

Arianna has been a member of the National Honors Society for five years. She became Vice President her junior year of high school and went on to become the President during her senior year. Her passion for volunteer work has given her the need to give back to her community. Working at Front Line Law allows her to work toward achieving her lifelong career goals, while also giving back to our State’s front line workers. Whenever a client comes in, she is there to greet them with a smile on her face and ensures that we can take great care of them.

In her free time, Arianna enjoys creating art of all kinds. She creates pieces that utilize a variety of media, and she works with acrylics, watercolors, and graphite for most of her pieces. Arianna also creates digital and ceramic pieces, and her artwork has been featured in art shows for the past 4 years. She proudly creates commissioned art pieces as well, and Front Line Law is honored to have such a hardworking and dedicated person on our team. 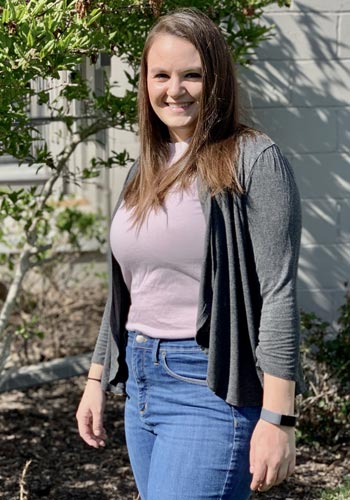 Kathryn was born and raised in Colorado. She graduated from Colorado State University with a BA in Sociology. After working for the State of Colorado for a few years, she went to law school. Kathryn attended Creighton University School of Law and graduated with a J.D. and a M.S. in Government Organization and Leadership with a concentration in International Law.

Kathryn was hired in 2021 as a Junior Paralegal. After spending a few years in Omaha, Nebraska, she was eager to get back to Colorful Colorado. She spends her free time with her family, dog, Archer, and cat, Quinn. 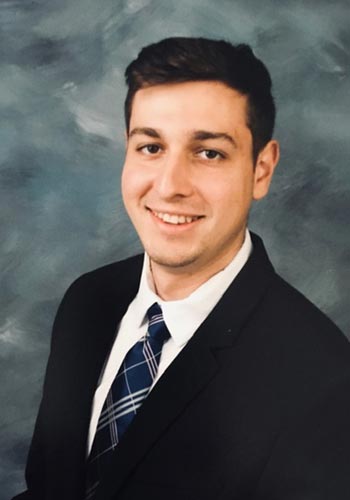 Alejandro is a Florida native who attended Florida State University receiving a bachelor’s degree in Criminology. While at Florida State, Alejandro participated in the Undergraduate Mock Trial program. That program sparked his passion for trial practice, and he later moved to Orlando, Florida to attend Barry University School of Law and participate in the Criminal Law Society.

Alejandro has prior experience in the private practice sector, working on cases ranging from criminal defense cases to medical malpractice and commercial litigation matters. Alejandro’s love of trial practice eventually led him to the Office of the Public Defender, where he gained experience working on numerous felony and high-profile cases.

The more Alejandro learned about law enforcement and the challenges faced by our first responders, however, the more he wanted to use his law degree to make a difference in their lives. Alejandro left Florida to move out here to Colorado, where he joined the Front Line Law team and put his skills to work on behalf of all those who put their lives on the line for the safety of others.